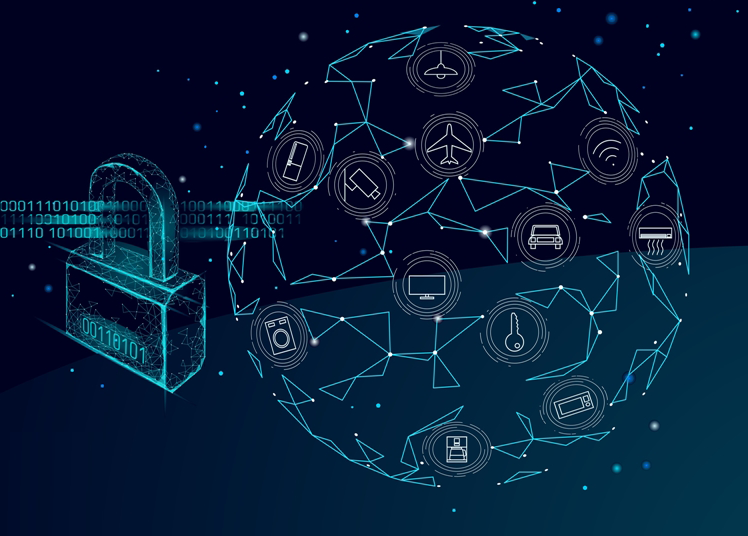 Written by Jerônimo do Valle
In 2017, there were around 8.4 billion internet-enabled electronics, and by 2030, that number is expected to reach 500 billion! Since everyone will be online all the time, each of these devices - whether it's a voice-recognized personal assistant, a parking meter or a simple temperature sensor on an industrial robot - will be vulnerable to cyber attack and/or could even be part of a larger attack.
The fact is, today, much of the “smart” and web-connected equipment is made by large companies – such as Google, Apple, Microsoft and Samsung – who have the resources and marketing incentives to quickly resolve any security issues. However, this reality does not extend to the universe of “small companies”, in a world increasingly filled with different digital components and devices, such as light bulbs, doorbells and even packages sent by UPS. These gadgets and their little “brains” are eventually made by “unknown” factories, many without the funds, the capacity, or even the very need for brand recognition to incorporate advanced security measures.

As an example, insecure “internet of things” devices have already contributed to major cyber disasters, such as the attack on DYN (US routing company) in October 2016, which brought down more than 80 major websites and paralyzed internet traffic in the United States .

The solution to this problem, without a doubt, is the use of blockchain systems.

Knowing that market giants invest enough in cybersecurity, we must consider a difficult dilemma: the countless number of complex software packages running across the planet right now. This situation, by itself, invariably presents errors and allows for vulnerabilities, but we have, in parallel, the aforementioned problem of brands that produce accessories and / or parts without proper control and, therefore, leave small "open doors" where the attackers can enter and damage the entire digital macrocosm.

Yes. “Blockchain” technology is a brilliant creation and virtually impossible for hackers to defeat, but it won't be enough to protect the next generation devices, unless the entire industry absorbs it. Thus, companies that live with small profit margins need support, encouragement and supervision to add this layer of protection to their production routines.

Only when both conditions are met - the use of Blockchain and its feasibility / regulation - large corporations, as well as anonymous “IoT” manufacturers, will be able to integrate users and the Internet into a truly secure ecosystem.