“Low-code” & “no-code”; The Future of Development? 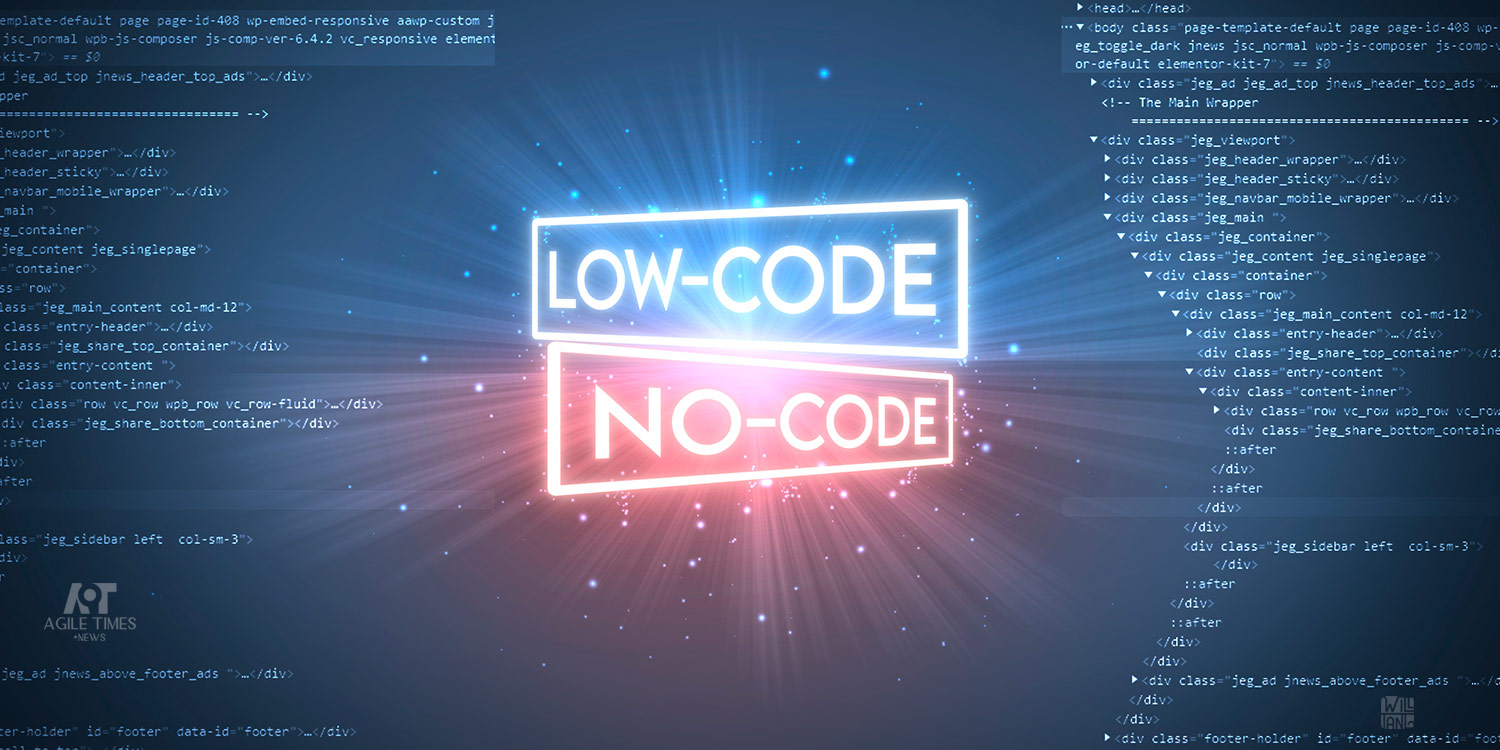 Written by Jerônimo do Valle
Aiming to help organizations build applications without relying on a development or engineering team, “low-code” and “no-code” platforms were released! However, although the terms are often used interchangeably, they do not mean the same;
- "No Code" platforms are environments that don't require any coding to build an application. This means that you don't need to know anything about programming languages ​​to implement something effectively.

- “Low code” platforms require some coding, but not as much as traditional ones. It is necessary to be at least a little familiar with programming languages ​​and, also, with the functioning of the environment itself.

Historically, both are derived from Rapid Application Development tools (RAD) such as Excel, Lotus Notes and Microsoft Access. When launched, RAD already put some functionality in the hands of users without the need for in-depth programming knowledge, although there was still a learning curve to be covered, in relation to applications and their environments. In contrast, through the “drag and drop” features of the “evolved” versions, users only need minimal or no knowledge of programming languages.

It is also important to note that development with RAD tools has typically produced routines used exclusively by the individual who created them (or by a limited number of users associated with them), whereas low-code/no-code applications are functional enough to be used in company departments and even external users such as customers and business partners.

On the other hand, in contrast to ease and agility, these tools tend to be very simple to use, opening the door for organizational leaders to lose control of what employees are building. This can come to problematize the supervision of the data generated, used or exposed inappropriately in the applications. Another critical issue is how to manage, maintain, and scale the entire system, given the potentially soaring infrastructure and storage costs.

However, industry experts predict that while low/no code will not replace “traditional” development, the future will see continued adoption of this method by companies, especially in situations where speed of implementation is required. Analysts estimate that said market grew 23% in 2020 to reach $11.3 billion, will reach $13.8 billion in 2021 and nearly $30 billion in 2025. 2024, mainly for small and medium projects, and it's estimated that about half of companies today are using a low-code platform, although that number could come increased to 75% by the end of 2021.
See all articles
See all articles