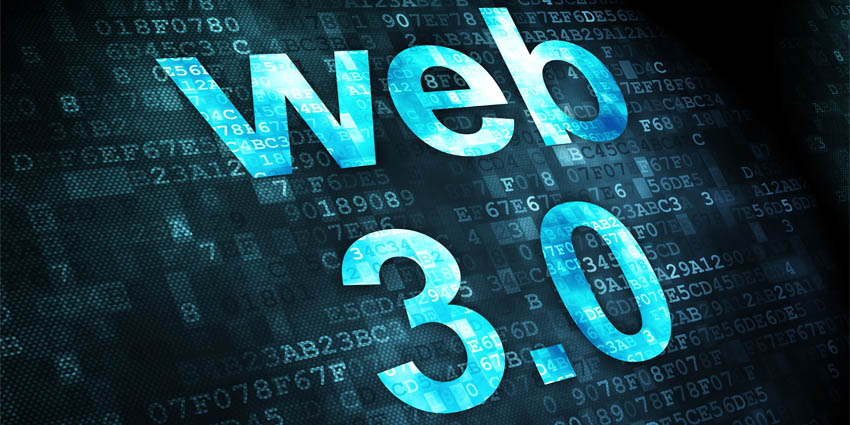 Written by Jerônimo do Valle
Web 3 represents the next generation of the internet and focuses on transferring the power of so-called “bigtechs” to individual users, through the application of blockchain technology ( the same as cryptocurrencies ). However, to understand it better, it is necessary to understand what came before...
The first version of the Internet – known as Web1 – arrived in the late 90s and comprised a collection of links and homepages. The sites weren't particularly interactive and you couldn't do much other than read and post basic content.

Then came Web2 - also called the “read/write version”. This milestone allowed people to not only consume but also create their own content (more rich and complex) and publish it on blogs, forums, etc. Later, with the emergence of social networks, “content sharing” was raised to the level we still experience today.

Over the years, this “evolutionary stage” has prevailed as acceptable, until recently, when the general public gained more access to information and became aware of the way in which their personal data is being collected ( and used ) by tech giants, in “personalized” ads, marketing campaigns, etc. Many got tired of the new “walled gardens” that the big corporations created and proclaimed themselves wanting more control over their own information and content... This is where Web3 comes in.

Web3 can be described as the “read/write/own” stage of the Internet. Rather than just “using” the “free” technology platforms in exchange for their data, users will be able to participate in the governance and operation of the protocols themselves. This means that people can become participants and shareholders, not just customers or products.

In Web3, shares are called tokens or cryptocurrencies and represent “ownership” in decentralized networks known as blockchains. If the user has a sufficient number of these tokens, he will have a voice on the network. In a hypothetical scenario, governance token holders could even spend their “assets” to vote on the future of, let's say, a decentralized lending protocol.

Of course, not everything is beautiful and critics of the topic claim that Web3 falls short of its ideals, fearing that ownership over blockchain networks will not be distributed evenly, but concentrated in the hands of “early adopters” ( the first individuals to invest / be part of the cryptocurrency universe ) and venture capitalists.

Opinions aside, the fact is that the possibilities are quite encouraging, specially because it is not a new version of the internet to which we will have to pack our bags and change abruptly, but rather just another adaptation of our current web . The transition will likely be gradual and almost imperceptible, as was the transition from Web1 to Web2.

In short, the internet is going to change soon and that's inevitable, but it's not like it was not doing it, constantly, all of this time.
See all articles
See all articles